The body of the power: a semiotic study of Lula’s figure in the 1989 presidential campaign as portrayed in the Brazilian weekly newsmagazines Veja and Istoé 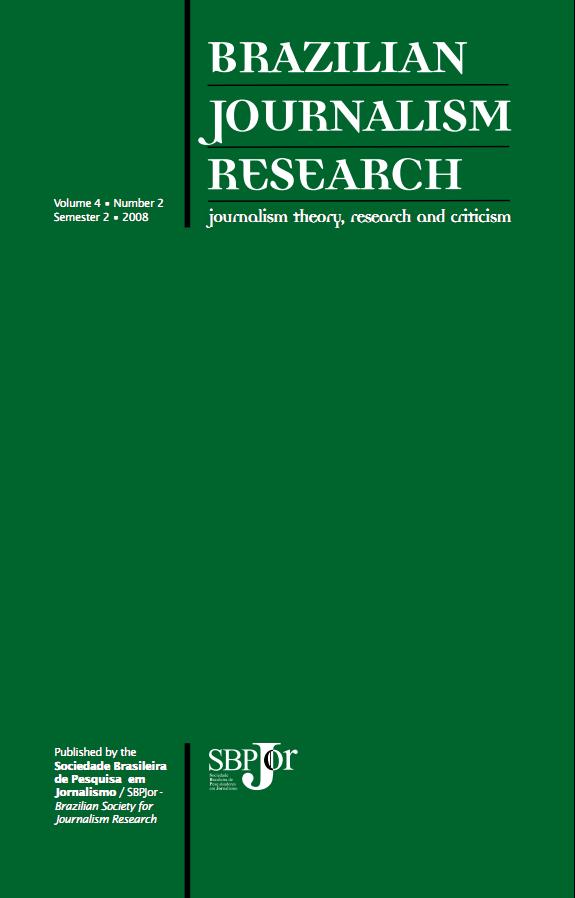 This paper examines the semiotic constructions of the figure/body of President Luis Inácio Lula da Silva portrayed in the cover stories of the weekly news magazines Veja and Istoé during the presidential campaign of 1989. The corpus is made up of the cover stories whose thematic focus was the presentation of Lula’s profile. The weekly media are themselves among the actors in the scenario of political debate: by acting as performers, they engage in political practice as judging observers. By studying the modes of construction of Lula’s image in the electoral campaigns compared with those of the other candidate (Collor-89), this paper also attempts to identify the ways in which the weekly news media are present in contemporary society and the persuasive procedures (verbal, visual, and syncretic strategies) they use to “influence” the reader, based on the judgment they arbitrate. To this end, based on a semiotic analysis, we will study the different enunciative mechanisms employed in the production of such discourses. We will therefore examine the figures of the Other evoked in the construction of Lula, specifying the forms of media sentencing expressed in nodal points, in the sense conveyed by Laclau. What are the oppositions constructed in the repartition of the political field, accomplished in the news reports themselves, centered on the “personalities” of the actors in dispute? How does one outline the political field based on the opposition of detractors and personalities: Lula and Collor? We speak of Lula-Other to mark the otherness established in this construction of oppositions characterized by categories of separation between the Same and the Other, right and left, popular culture and elite culture, trade unionism and social democracy, etc. This study is part of a research entitled “The invention of the Other in the weekly media”, which aims to create a paradidactic DVD that will attempt to act within a process of education for the communication media, in the sense of making explicit the ways in which the weekly magazines can build otherness, in order to make students aware, from the start, of the enunciative strategies of the various types of media texts.
https://doi.org/10.25200/BJR.v4n2.2008.155
PDF (Português (Brasil))

Dalva Ramaldes
Dalva Ramaldes, PhD, is a professor at the Federal University of Espírito Santo.
José Luiz Aidar Prado
José Luiz Aidar Prado, PhD, is a professor in the Post-Graduate Program in Communications and Semiotics at the Pontifical Catholic University of São Paulo (PUC/SP) and coordinator of the Printed Media Study Group.