From remediation to convergence: looking at the Portuguese media 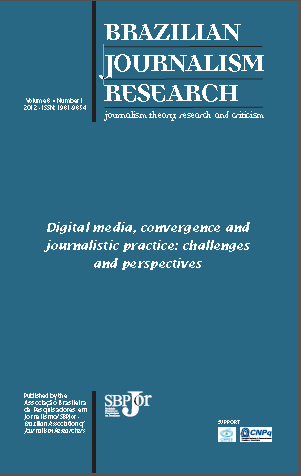 The digitalization in the journalism sector and the emergence of the Internet have transformed media convergence into a new field of research. In a first stage, researchers were centered on convergence processes in the newsroom, namely in questions related with entrepreneurial reorganization (KETTERER et al., 2004; QUINN, 2005) and journalists’ professional routines (SALAVERRÍA, 2003; MASIP; MICÓ, 2009; VERWEIJ, 2009). However, it was soon understood that convergence influences a larger area: the migration of traditional media to the Internet and the rapid technological evolution showed that convergence was a transversal phenomenon that also happened in the contents field (CÁDIMA, 1999; QUINN; FILAK, 2005), news distribution (BRUNS, 2003; CABRERA, 2010) and information consumption (BOWMAN; WILLIS, 2003; JENKINS, 2006; SUNDET; ESPEN 2009). The present work is centered on the study of contents convergence, attempting to produce an accurate portrait of the
Portuguese media situation.